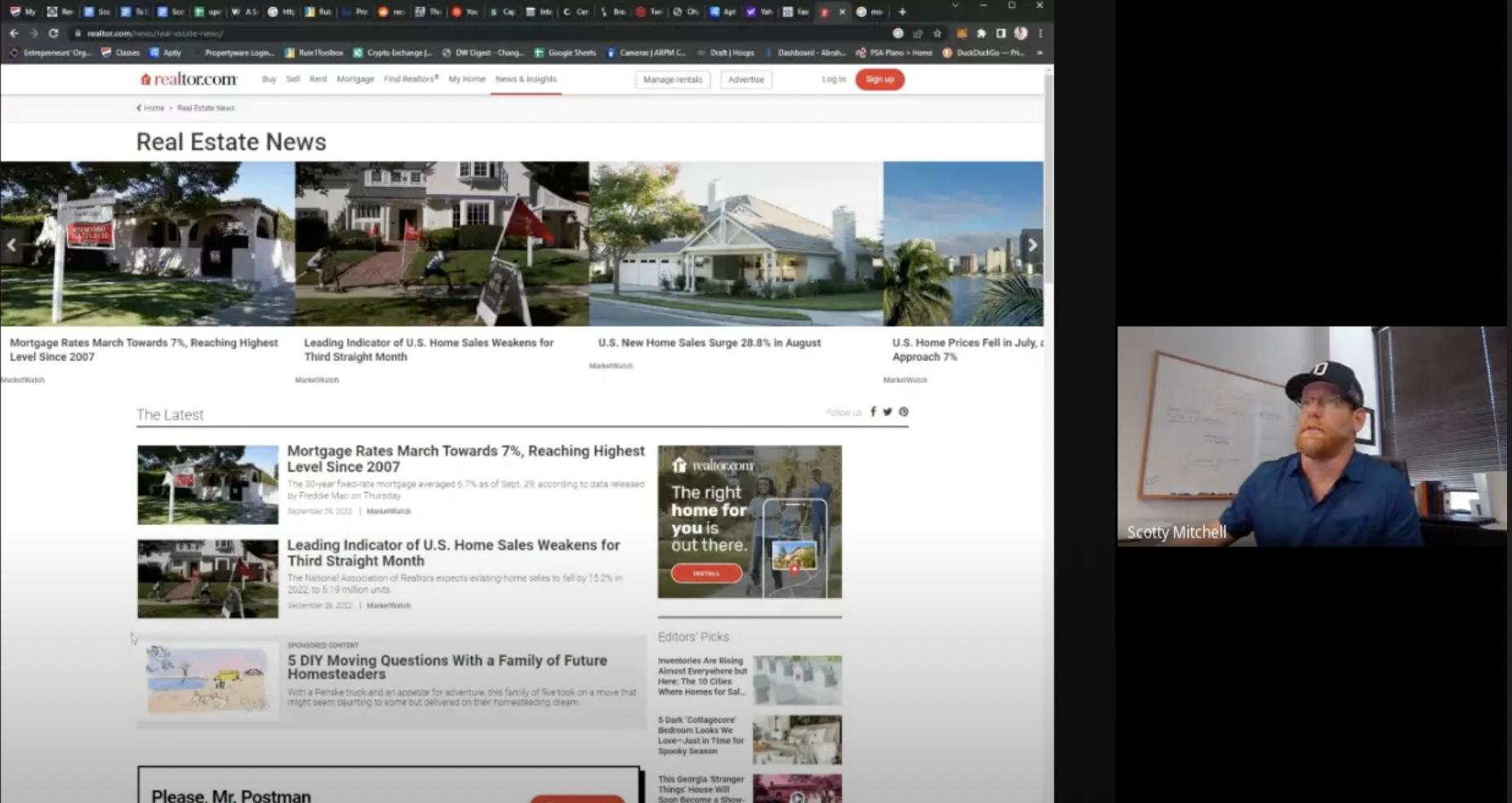 How Mortgage Rates Should Affect Investors

In watching all of the real estate news coming through places like realtor.com, there is a whole lot of doom and gloom. So you’re probably seeing articles like “Mortgage Rates Marching to 7%”, “Leading Indicator of U.S. Home Sales Weakens for Third Straight Month”, “US home prices fell in July.” “Mortgage rates rise.” “Existing home sales fall for seventh straight month.” It is all gloom and doom right now, and it’s not unwarranted.

So how does this directly affect investors when they’re looking at buying property?

Let me make it very, very easy to see and practical. For an investor looking at a starter home in their investment portfolio, $240,000 almost regardless of markets, is a good average price for houses. So let’s say you had a $240,000 house and you got a 30 year fixed mortgage before all of this craziness, and you had a 3% mortgage interest rate. Your monthly payment would be $1,012, not including insurance and taxes.

Well, right now, if you’re lucky, you can find a 5% loan. That just jumped by $250 per month. That can very easily thin that margin of profit out. Now as you’re seeing in the news, we’re heading towards 7%. It just jumped to $1,600 from $1,000 on the same house, not including insurance, which has gone up as well.

Now we’ve got two more hikes coming. That’ll probably be another basis point and a half. What happens when this gets to 10%?

It goes to $2100. Your monthly cost for an investor has doubled when it gets to 10%. It’s almost gone up by 65% at a 7% rate. So from an investor’s standpoint, do you think that a lot of the investors are thinking right now is a great time to buy? No, no, no.

That cost needs to come back down to an affordable level or the demand is not going to be there. For the cost to come back down to an affordable level, the price has to come down because the interest rate is not going to. So this is what I have been telling people, in watching the cause and effect of what’s going on in the world right now, we have not even seen the beginning yet of what’s about to happen in the housing market.

We are about to see dramatic price drops across the board nationwide. It’s going to happen. It’s just how long it takes to happen. And in my opinion, after November when the elections happen and the politicians quit propping stuff up because they don’t want it to affect how you vote and they don’t care anymore, we are going to see Armageddon. In my opinion, the end of this year, beginning of next year is going to get ugly. So know that that’s coming.

Kyle, my business partner and I are looking right now at buying 20 properties and now that may be 40 properties that we’re buying up in Detroit. Why in the world would we buy, knowing what I just said? How do we make it affordable and make the numbers make sense? Well, let me show you a little secret… And part of my thing is if you get the right strike point for the purchase, there are very few times that you can’t find a way to make a deal work and work well.

Interest only adjustable rate home loans. An adjustable rate mortgage, commonly called an ARM is a mortgage where for a certain amount of time, five years, seven years, or 10 years, you’re paying a fixed rate and it’s usually lower than a normal mortgage.

And then at the end of that term of 5, 7 or 10 years, the rate becomes adjustable and it usually jumps to way above normal rates. And in all reality, this is one of the ways that we got into a lot of trouble in 2008. A whole lot of predatory lenders were giving out ARMs and when those five year and seven year ARMs ran out and the rate went way up, people couldn’t afford their homes, and the home prices tanked. So now they’re underwater with their homes, so they can’t even refinance it. And it becomes a blood bath.

But, used wisely, ARM is a way that you can get a much lower payment for a certain amount of time. And then an interest only ARM means that not only do I have a fixed rate for a certain amount of time, I’m only paying the bank. I’m not paying down the principal for that 5, 7, 10 years with the idea being, (and here’s why we’re looking at buying) that with where interest rates are going right now, do I think the interest rates will be lower or higher in 10 years? I think it’s almost inevitable that they will be lower, which means somewhere in 10 years I should be able to refinance this and get a better rate on a normal type mortgage.

Do I think they’re going to be lower 3 years from now? No. I think we’re in high interest for the long haul in the next 3 to 5 years. But this will allow for those 20-40 properties that we’re looking at, as long as we can get the right buy price for us versus rent because I don’t think rents are going to be devastated in the near future.

I think it would take a mass eviction event for that to happen. So as long as rents are up and my buy price is good, the rents will cover what I’m paying, plus some. I just have to remember that within the next 10 years, I have to refinance, right? Because if I don’t refinance it at year 11, I’m going to get royally housed.

Everything else you can change over time.

I think there’s a possibility of a 50% price decrease. There will be pockets that are worse so I’m going by average. Do I think Dallas is going to drop 50%? No. Do I think Detroit could drop 50%? In a heartbeat.

St. Louis is slightly more diversified in jobs than Detroit is, and for me it’s more about the bigger markets that are more centric around a few very specific industries. If one of those industries gets hit, that market gets destroyed.

And that’s one of the reasons I’m not worried about Dallas. Dallas has headquarters from every industry on the planet so there’s a very high diversity of job availability. But you know, Motor City where it’s all about insurance or cars.. If one of those industries gets really hit, the housing market is going to crash and it’s going to crash hard because the jobs are gone.

How do you think all of this will impact the leasing side?

Leasing will follow where prices I think potentially could go down a little bit. But you have to also consider if someone can’t buy a house, what are they going to do? They’re going to rent. Forced to rent.

So do I think that the demand for rentals is going to go down? No, I think it’s going to stay steady. It’s potentially going to go up. Rental prices should drop as housing costs drop, but I don’t think they will drop as much because the demand is going to be held by the housing problem.

When would you say would be the best time to buy a home?

I think that by spring of next year, as the politicians quit caring about propping it up and the dominoes keep falling, and we have one or two more rate hikes, I think spring of next year, we’re going to start seeing sharp declines. And what I would say about watching and waiting is that you are going to see a very sharp decline at some point. That’s when it’s time to start looking. Is that when it’s time to start buying? I don’t know yet. Again, I can’t predict the future, but there will be a good time to buy. And if you’re watching, just like the stock market, it’s going to be very up and down. That’s going to happen in housing.

Then there’s going to be that sharp one week to one month period where the sky falls and that’s when it’s time to go. People are getting scared. When people get scared, people that are smart jump in and seize opportunity. There’s that famous Warren Buffet quote, “Get greedy when they’re fearful”. 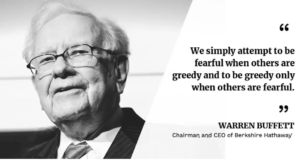 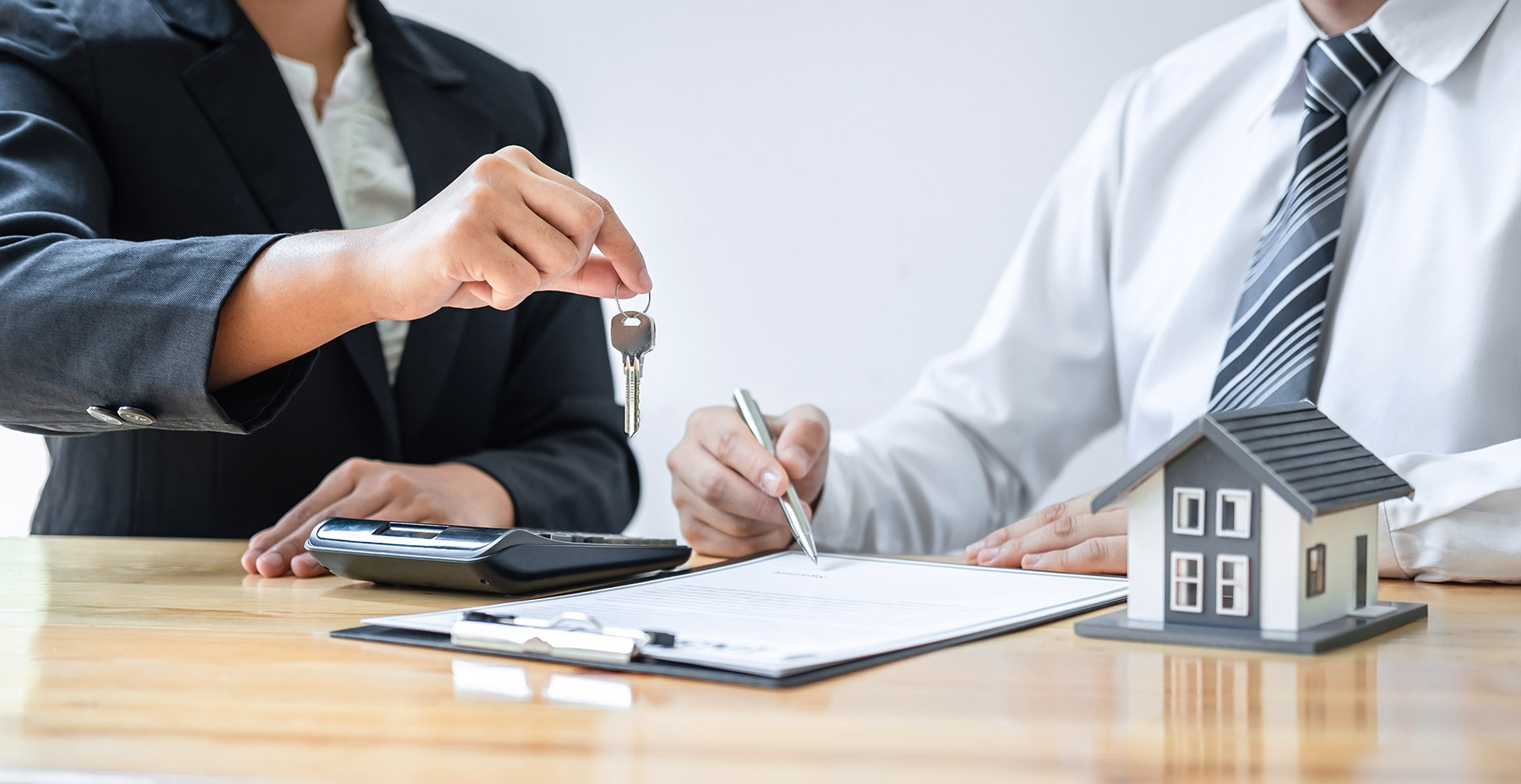 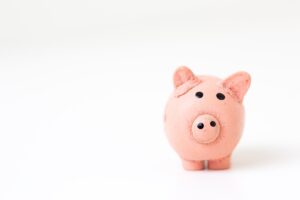 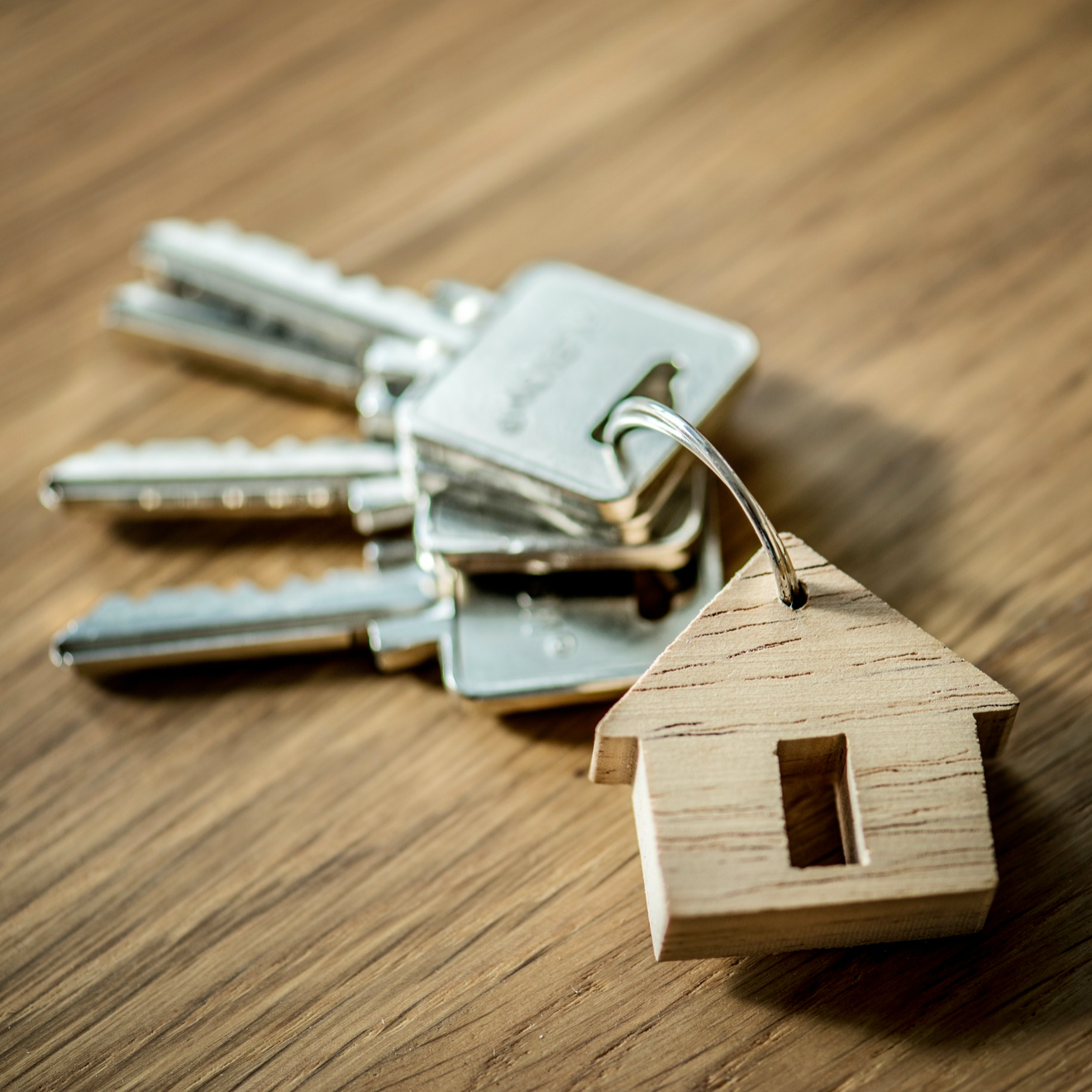 Why American Real PM Is Good For the Investor 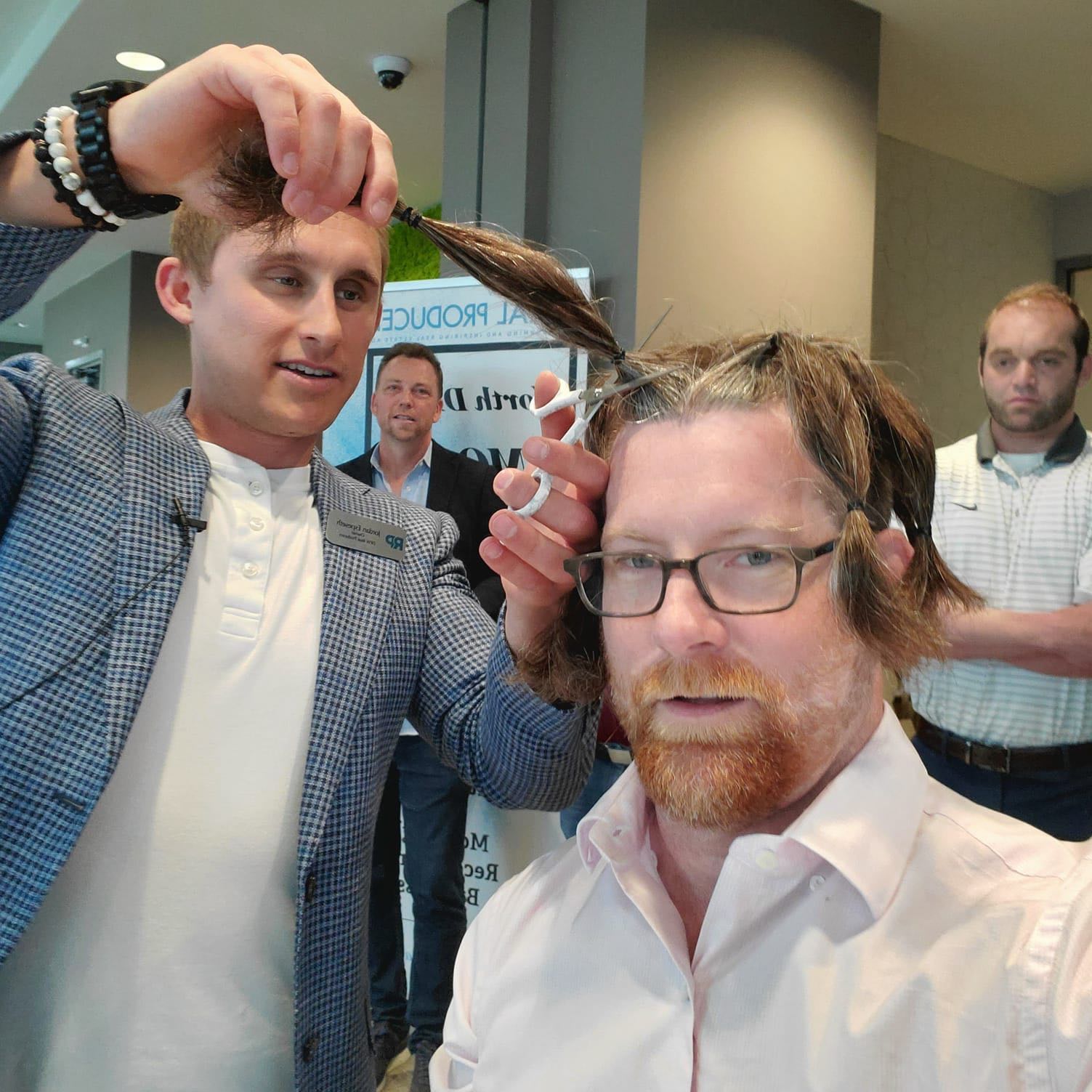 How American Real PM Co-Founder Scotty Mitchell Is Giving Back

Please fill out the form to continue to your download